What is Genomic Mapping?

Firstly, Genomic Mapping describes different techniques that are used to identify the genes and to construct maps showing the locus of genes and other sequence features on a genome. The human genome project was completed in April 2003.

Secondly, It also describes the distances between genes on a chromosome. 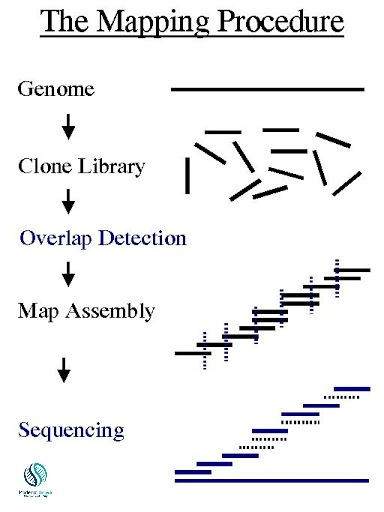 How many types/techniques of Genome mapping?

Firstly, It is a molecular biology technique that is used to examine DNA molecules directly by DNA markers in order to construct maps and showing the physical location of sequence features, including genes.

Primarily in physical mapping, a physical map derived directly from genomic DNA with high accuracy rather than recombinant analysis in genetic mapping technique.

Firstly, Stained chromosomes reveal the distinct regions, called light and dark bands when visualized under a microscope. This unique visual appearance of chromosomes at a microscopic level is called Cytogenetic Mapping.

Secondly, this method allows only a rough determination of locations classified according to the position of the centromere.

Firstly, It is a technique in which we use fluorescent probes for detecting and locating a specific DNA sequence on a chromosome

Secondly, These probes bind to only those parts of the chromosome with a high degree of sequence complementarity.

Fluorescence microscopy used to find out the presence or absence of specific DNA sequences on chromosomes.  It is a highly specific technique used in genetic counseling, medicine, species identification, and for understanding chromosomal abnormalities.

Primarily, It is used in determining the position of the insertion of the DNA segment into the cloning vector. It plays an important role in genetic engineering. 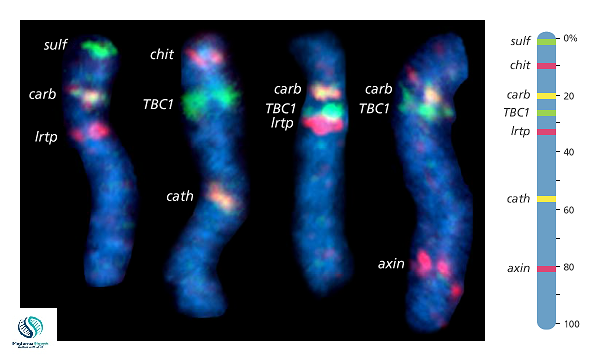 Radiation hybrid mapping abbreviated as RH mapping used for high-resolution mapping in which we use mammalian chromosomes.

A radiation hybrid is a rodent cell line that carries a small piece of DNA fragment from another organism e.g. human.

This radiation kills the human cells, which are then fused with rodent cells, rescuing chromosomal fragments.

Actually, it involves partial digestion to produce large overlapping DNAs which are then cloned into vectors.

Then the vector is assembled into a map either by FISH Mapping or DNA fingerprinting.

The Assembly of clone contigs is actually based on clone overlaps. Series of overlapping DNA sequences used to make a physical map.

A complete contig map is represented by a complete library.

What immunological techniques are used in the detection of infection?