The global pandemic has pushed the limits of online platforms further than ever before. The previous year showed developers a sneak peek at the unimaginable levels to which artificial intelligence could soar. In this blog, you’ll find Top Latest Trends In AI. Consequently, this year too holds a lot of promise in terms of what artificial intelligence could bring to us!

Starting from the use of AI in mystery rooms in Bangalore to the development of abilities like self-supervised learning (SSL) in a Seattle based e-commerce platform- over time, the range of developments made in the fields of Artificial Intelligence has increased our expectations of what could be achieved in the future.

In this article, we will take a deep dive into some of the key features and developments that AI will bring forth to shape the future. So, let’s begin!

In simple words, language modeling refers to the comprehensive understanding and generation of natural languages via machines. It is one of the top latest trends in AI. It is majorly used in modern and useful applications like speech recognition, machine translation, handwriting recognition, and many more activities!

With the sole mission of developing AI in a way that is beneficial for humanity, OpenAI released one of the most powerful language models. The release of GPT-3 (for that was the name of the model) has provided users with some of the most amazing features. The company says that with proper human priming, GPT-3 can achieve great heights. Starting from the generation of creative fiction to working out several computer codes to even designing introspective memos for your business.

With OpenAI working on its latest release, GPT-4, and its contemporaries working on their language models, there is much to expect this year! 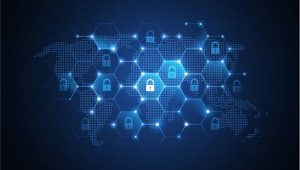 The previous year saw immense growth in terms of SSL abilities based on textual data. Complex tasks like machine translation, classification of texts, answering of questions, and other features can now be accomplished in no time.

Even though the success of image or video-based SSL abilities still seems a distant dream, one can still root for it. The challenges are mainly because of the non-discrete nature of such data.

SSL has seen much progress in the past year, and several companies are still on the lookout, working out ways to tackle the challenge. Thus, one might remark that though image modeling using SSL is still a dream, the day is however not too far away.

Conversational AI is an advanced technology that is made to allow a form of speech-based interaction between users and platforms across the world. It helps in ensuring a better and more enhanced form of engagement amongst users. Certain key factors like speech recognition, synthesis of speech, processing of natural language, and machine learning are required to harness conversational AI.

In November 2021, Reportlinker.com announced that conversational AI is expected to grow from $6.8 billion to $18.4 billion by 2026. The global increase in the need for AI-enabled customer services, seamless interaction with customers, and the desire to harness chatbots since the pandemic are some of the key factors behind it.

The demand for conversational AI is expected to increase in leaps and bounds, and one can thus expect much to come shortly. 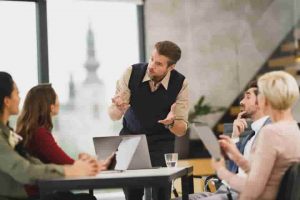 AI technologies have already come up in the use of advanced features like face recognition, voice identification, and video analysis. They provide one of the best ways to ensure surveillance is in effect. In the year 2022, one can expect a profound proliferation of video surveillance features through the use of AI.

AI, in effect, is highly beneficial for advanced security systems, which are found to be much more flexible than before. It works by focusing on unusual behavior patterns in video surveillance to detect any kind of suspicious activity and thereby alert the user. The creation of a more secure public or private space becomes easier thus with its use.

AI also holds a lot of promise when it comes to voice recognition. With its effective use, AI-based systems can now detect the age, gender, and even emotional state of a certain person. The technology that goes into its making is the same as your Alexa or your virtual Google Assistant.

Biometric face recognition is yet another amazingly useful mode of surveillance done by the use of AI systems. Often malicious software can try to hack into a system by using fake photos. To protect the system from such unwanted foreign intrusions, AI uses multiple anti-spoofing techniques.

Put simply; computer vision technology is an intuitive field of AI that allows machines to understand and comprehend images and videos. It is usually done by training the system to recognize patterns in the images or videos and thereby classify them accordingly.

Computer vision technology has found immense use in today’s world. Starting from autonomous vehicles which help detect obstacles to the healthcare facilities to analyze medical scans like X-rays.

For companies and organizations investing in AI systems, computer vision is the most prominent feature that they tend to rely on. According to the latest survey, it is found that such companies would even invest as much as approximately $679,000 in AI in the coming two years.

6.    Developments in the Fields of Biology and the Other Sciences

AI-based systems can now be used to detect and predict the 3D structure of protein molecules, which is one of the latest discoveries in biology.

The previous year also showed us how even weather forecasting channels could benefit from the use of AI. A short-term weather forecasting system called ‘Nowcasting’ was developed by Google and the University of Exeter last year. Using this system, one can get weather predictions in about two hours. It, in turn, stands in stark contrast to the earlier systems that required at least six hours to even two weeks to do the same task!

AI systems promise a lot in terms of scientific discoveries in the years to come, where the human race is bound to benefit immensely.

The latest trends in the fields of AI seem promising, especially with its diverse usage in various companies and industries these days. From automatic sensors in cars and robots to the analysis of medical scans and reports, the sky is the limit.

Tips and tricks to rewrite quality essays in 2022

How to increase social media followers 2022