What is PCR or Polymerase chain reaction?

PCR which is also referred to as polymerase chain reaction is a method used in molecular biology. Here, there is an amplification of a single copy or multiple copies of a piece of DNA. Amplification of pieces of DNA is done across numerous orders of magnitude. And producing hundreds to millions of copies of specific DNA sequences. Here in this article, you will learn how does PCR work. 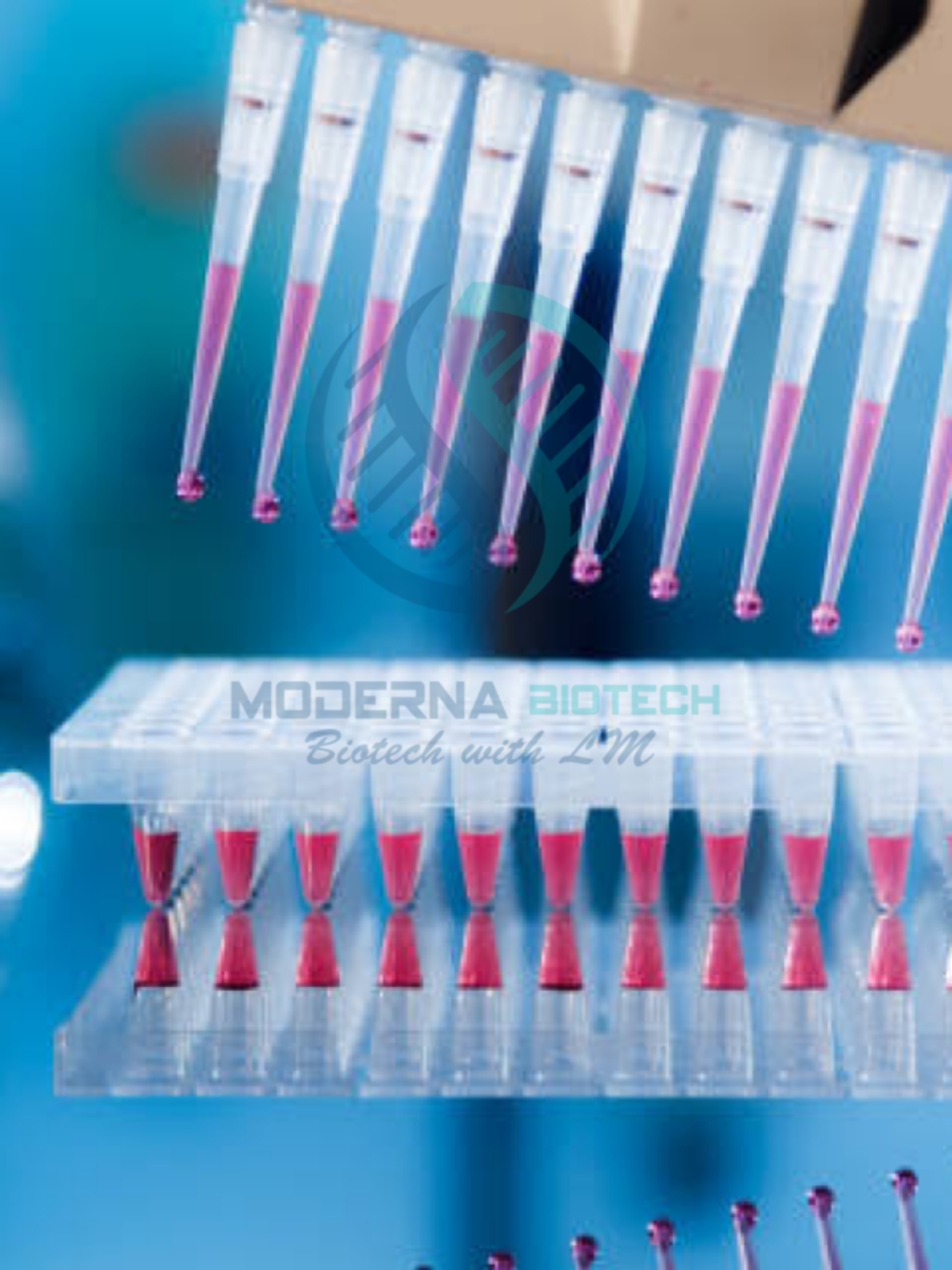 How does PCR work?

The technique of PCR depends on thermal cycling which includes the cycles of repeated cooling and heating of reaction for enzymatic replication of DNA and DNA melting. Primer is a short fragment of DNA having sequences that are complementary to the target site of DNA. It initiates PCR. Primers and DNA polymerase are significant components to allow repeated and selective amplification. As polymerase chain reaction progresses, the DNA produces and is itself used in replication as a template. PCR is modified extensively to achieve an extensive array of genetic manipulation. This is how does PCR work.

Generally, polymerase chain reaction comprises repeated 20-40 cycles where each cycle comprises of 2-3 distinct temperature steps. Commonly, the cycling is progressed by one temperature step at high temperature (greater than 90 degrees) and then followed by a single hold at the end for the final extension of the product. The length of time and temperature used is applied in every cycle and are relies on a variety of parameters. The parameters include the conc. of dNTPs and divalent ions in the reaction, DNA synthesis, and melting temp. of the primers. Firstly, the sample consists of dilute conc. of template, DNA is gently mixed with heat-stable DNA polymerase e.g., primers, Taq polymerase, magnesium, and deoxynucleoside triphosphate (dNTPs).

How does PCR work? 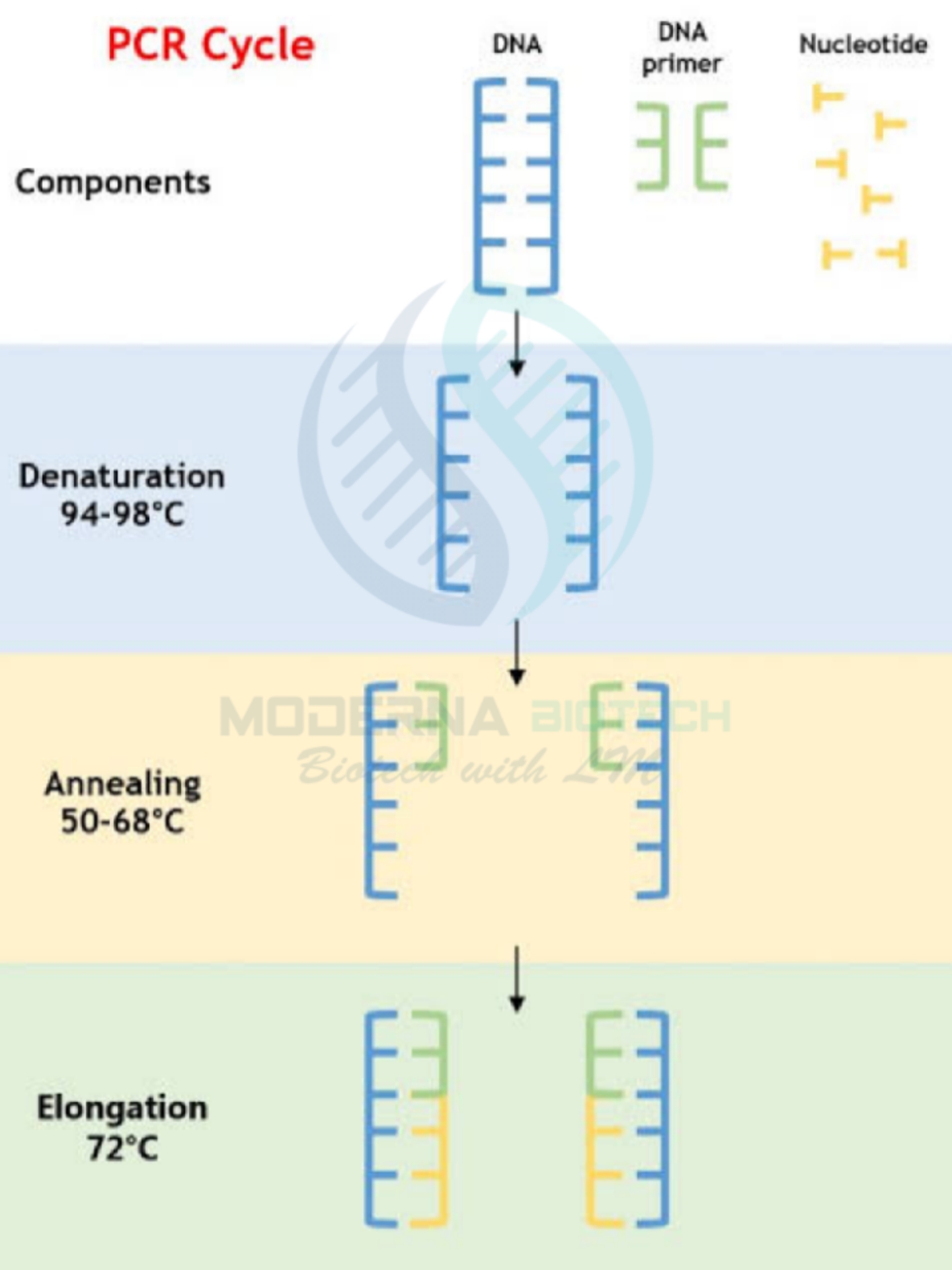 This step of PCR involves heating the reaction to temp. of 94-96 degree centigrade which is held for 1-9 mins. The temperature would be 98 degrees if extremely thermostable polymerase is used.

This is the 1st regular cycling step and consisting of heating the reaction mixture to 94-98 degrees centigrade for 20 to 30s. The heating causes DNA to melt by disruption of hydrogen bonds b/w complementary bases and yield single-stranded molecules of DNA.

In the annealing step of PCR, the temp. is lowered to 50 to 65-degree centigrade for 20 to 40s which let the annealing of primers to single-stranded DNA template. This temp. must be lowered to hybridize the primer to the strand but not be too low. If the temperature is high, the primers will not bind and if it is too low, they might bind imperfectly.

Stable hydrogen bonds of DNA will only form when the sequence of primer closely matches the template sequence. The polymerase then binds with a hybrid primer-template to begin the formation of DNA. Determination of annealing temperature is significant as in PCR reaction the specificity and efficiency are affected by annealing temperature. Incorrectness in annealing temp. will cause an error in the test.

The temperature in the elongation step depends on the DNA polymerase employed; the optimum activity of Taq polymerase is 75-80 degree centigrade and 72 degrees temperature is commonly used with this enzyme.

Under appropriate conditions, if at each extension step, there are no limitations because of limiting reagents then the amount of DNA gets doubled.

The final elongation step consists of a temperature of 70 to 74 degrees centigrade for 5-15 mins after the final cycle of PCR to make sure that any remaining single-stranded DNA is fully extended.

The temperature in the last cycle of PCR is 4 to 15 degrees for an indefinite period of time. This is how does PCR work.

This type of PCR makes the amplification of DNA specific and reduces background which occurs because of non-specific amplification of DNA. In two successive polymerase chain reactions, there are two sets of primers. One set of primers is used to produce DNA product in the first reaction which comprises of intended target and non-specifically amplified fragments of DNA. This DNA product is then used in 2nd PCR with that pair of primers whose binding sites are partially or completely different from.

Multiplex PCR involves sets of multiple primers within a sole PCR mixture to generate different sized amplicons which are specific to different sequences of DNA. Further information might be obtained from a single test run by targeting multiple genes at once.

The annealing temperature for each set of primer should be optimized to correctly work within a single amplicon size and within a single reaction i.e., the Length of the base-pair must be different enough to make unique bands when visualized by gel electrophoresis. This is how does PCR work.

It is very significant for the amplification of DNA from RNA. The reverse transcriptase enzyme reverses transcribing RNA into complementary DNA which is then further amplified by a polymerase chain reaction. Reverse transcriptase PCR is extensively used to identify RNA transcript sequences and to determine gene expression. If the genomic sequence of DNA is known, then this PCR could be used to map the location of introns and exons in the genes. The 5-prime end of the gene is normally recognized by RACE-PCR which stands for rapid amplification of complementary DNA ends.

In order to measure the quantity of target sequence, quantitative PCR is used and it is also known as real-time PCR as it measures the amount of amplified product in real-time. This sort of PCR measures starting amount of RNA, DNA, and cDNA quantitatively. It is also used to determine whether the sequence of DNA is located in the sample and is also used to determine the number of DNA copies in the sample. This method has a high degree of precision and could use fluorescent dyes e.g., Evergreen or DNA probes containing fluorophore and TaqMan probe.

This type of PCR reduces non-specific amplification during the initial stages of PCR. The reaction is manually performed by heating the components of the reaction to denaturation temperature before the addition of polymerase. Here specialized systems of an enzyme are developed that inhibit the activity of polymerase at ambient temperature either by the presence of a covalently bound inhibitor or by binding of an antibody that dissociate only after high temp. activation step.

Asymmetric PCR amplifies preferentially one strand of DNA in the template of double-stranded DNA. It is used to hybridize probes and in sequencing where amplification is needed for only one of two complementary strands. A recent modification on the asymmetric PCR method is linear-after-the-exponential-PCR. It makes use of limiting primer higher melting temperature than an excess primer. This is done to maintain the efficiency of reaction as conc. of limiting primer decreases.

This type of PCR is a technique that is used for screening of plasmids having the desired inert directed from colonies of bacteria without plasmid purification steps and without the need of culturing.

In this PCR reaction, the PCR reaction takes place on the slide or in a cell and the resulting product could be visualized in the same way as in traditional in situ hybridization. This is how does PCR work.

This type of PCR is used for the identification of flanking sequence which is surrounded by genomic inserts. It consists of series of self-ligation and DNA digestion and produces known sequences at either end of unknown sequences. 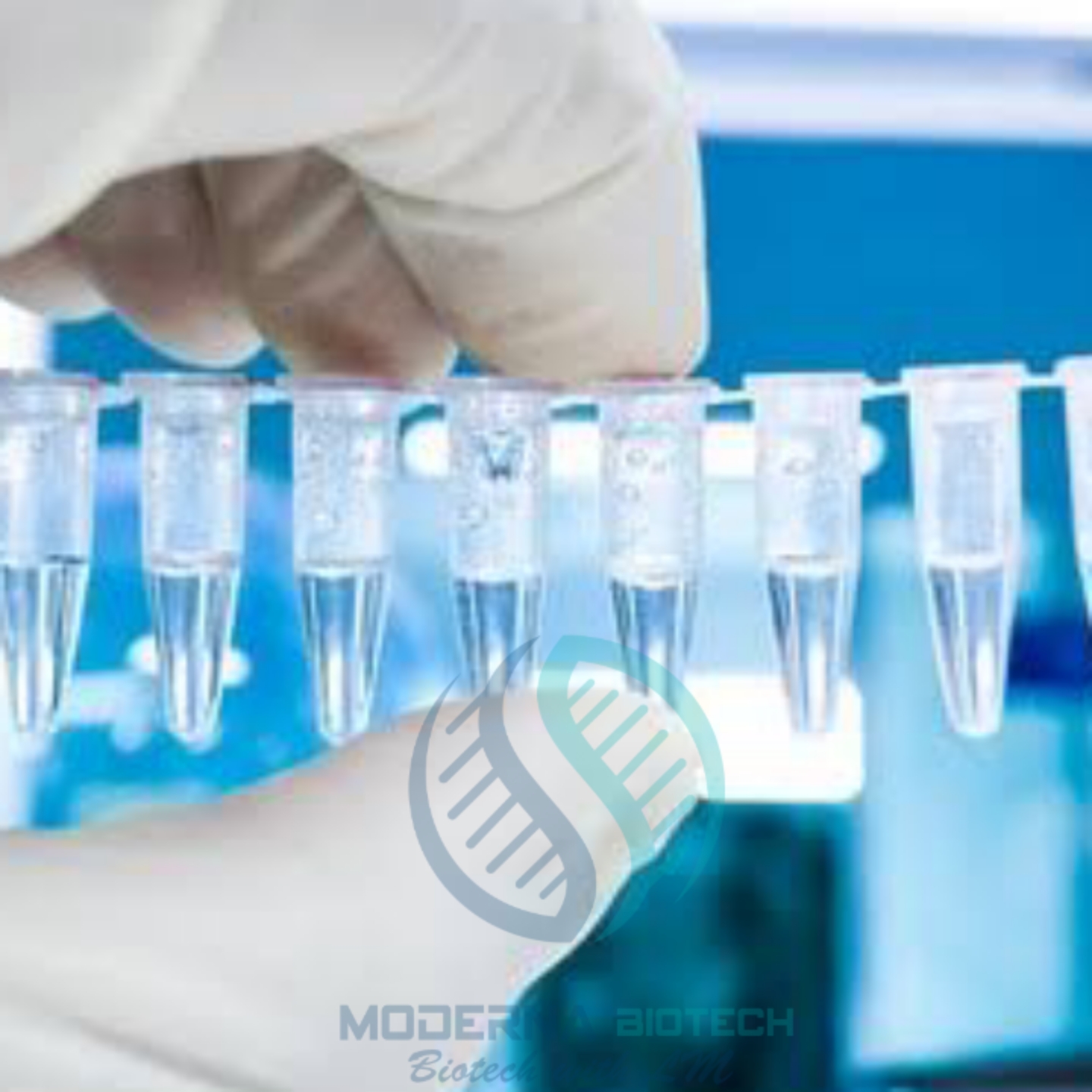 See also how to extract DNA from blood, tissue, and from bacteria.

How is conservation is related to biodiversity?