NGS (Next-generation sequencing) also known as deep sequencing or massively parallel sequencing. These are interrelated terms that usually describes the sequencing of DNA technology that has revolutionized genomic research. In this article, you will find the Applications and role of Next generation-sequencing (NGS) in clinical virology

Until now, the next-generation sequencing has been applied to strategies of metagenomics. It is used for the classification of viral communities and for the discovery of new viruses. The application of Next generation-sequencing (NGS) in clinical virology includes detection of the variability of the viral genome, sequencing of the viral genome, and its studies. These applications are suitable particularly for viruses like HIV (Human immunodeficiency virus), hepatitis C and B viruses. Their error-prone replication machinery with high replication rate results in the formation of numerous genetically linked viral variants. These variants are also known as termed quasi-species in each infected individual. 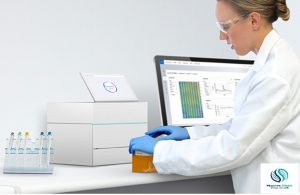 What are next-generation sequencing technologies?

These technologies have been recognized in various fields of life sciences. These include transcriptomics, functional genomics, forensic sciences, evolutionary biology, oncology, and medicines.

NGS technologies are grounded on the ability to sequence parallelly millions of fragments of DNA. And the introduction of technologies of NGS resulted in a progressive increase in content and speed of sequencing 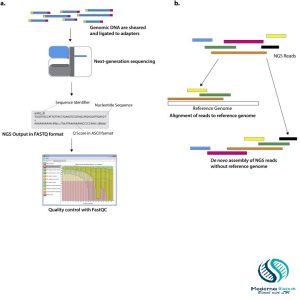 Actually, Next-generation sequencing or massively parallel sequencing has appeared as the most valuable technology for the detection of wide-scale infection-causing pathogens. NGS is mainly described as high throughput sequencing technology used to directly recognize, detect, and then discover new viruses in an effective manner in various plants and animal species without the presence of virus sequences knowledge or antibodies.

Secondly, The technologies of next-generation sequencing have expanded the ability of researchers to evaluate communities of viruses from a heterogeneous mixture of different environments and habitats. This in turn helps them in discovering novel viruses such as novel arenavirus that is linked in the transplant-related disease cluster.

Fourthly, Modern research has emphasized the importance of next-generation sequencing in molecular characterization, stretching from the characterization of metagenomics of unknown disease-causing pathogens to the expansion of viral quasi-species and epidemiology.

Finally, The supplies of the next-generation sequence are considered an applied approach to the HCV complete genome sequencing. Itt allows evaluation of genetic diversity of virus within a sample and detection of the low frequency of variants. Such devices can observe and sequence a complex mixture of plants nucleic acid in a rapidly parallel way and are considered excellent instruments for viral metagenomics.

How next-generation sequencing is important?

Thus, it plays a most significant role in clinical virology. In addition, NGS has numerous applications in virus discovery, as well as its high sensitivity. High sensitivity also makes it susceptible to unintended contamination.

Pathogenesis and Genome structure of Covid-19